You may want to read part I before reading this.

As you might have noticed in release #5-7: some rooms are lit up and some are not, and I’m not talking about the “brightly lit rooms” or “darkness”. It is just that some rooms have all tiles lit and some don’t. If a monster is on a square that is lit up, you can see it regardless of your ‘light’ attribute.

I wanted to make this mechanic much more clear, intuitive and equal for monsters and the player.

In the next release, in order for a square to be lit up it needs to be close to a brazier. Braziers are a new dungeon feature that lights up nearby squares. All squares that are not close to a brazier or other light source will be dark (and by “dark” I mean “not seen unless in your vision-radius”). This has replaced the current system where some rooms are just randomly lit up.

The ‘in light’ status

Monsters that previously had the property “emit light” will instead have the “in light” status permanently in #8. Equipping a strong light source such as a lantern will also give you the status “in light”.

Anyone ‘in light’ can be seen at arbitrary distances regardless of the observers ‘vision’ attribute if there are no obstacles. That is, if the player is ‘in light’ it would be as if all monsters had infravision. This means that being in light is a status that makes you vulnerable to attacks from monsters at arbitrary distances or from monsters in the dark. It also makes you susceptible to surprise attacks (see next post)! The game warns you if you are in light by giving you the visible ‘in light’ status and gives your character a different colour.

Of course the same applies for monsters: if a monster is in light you will be able to see and attack it from arbitrary distances. 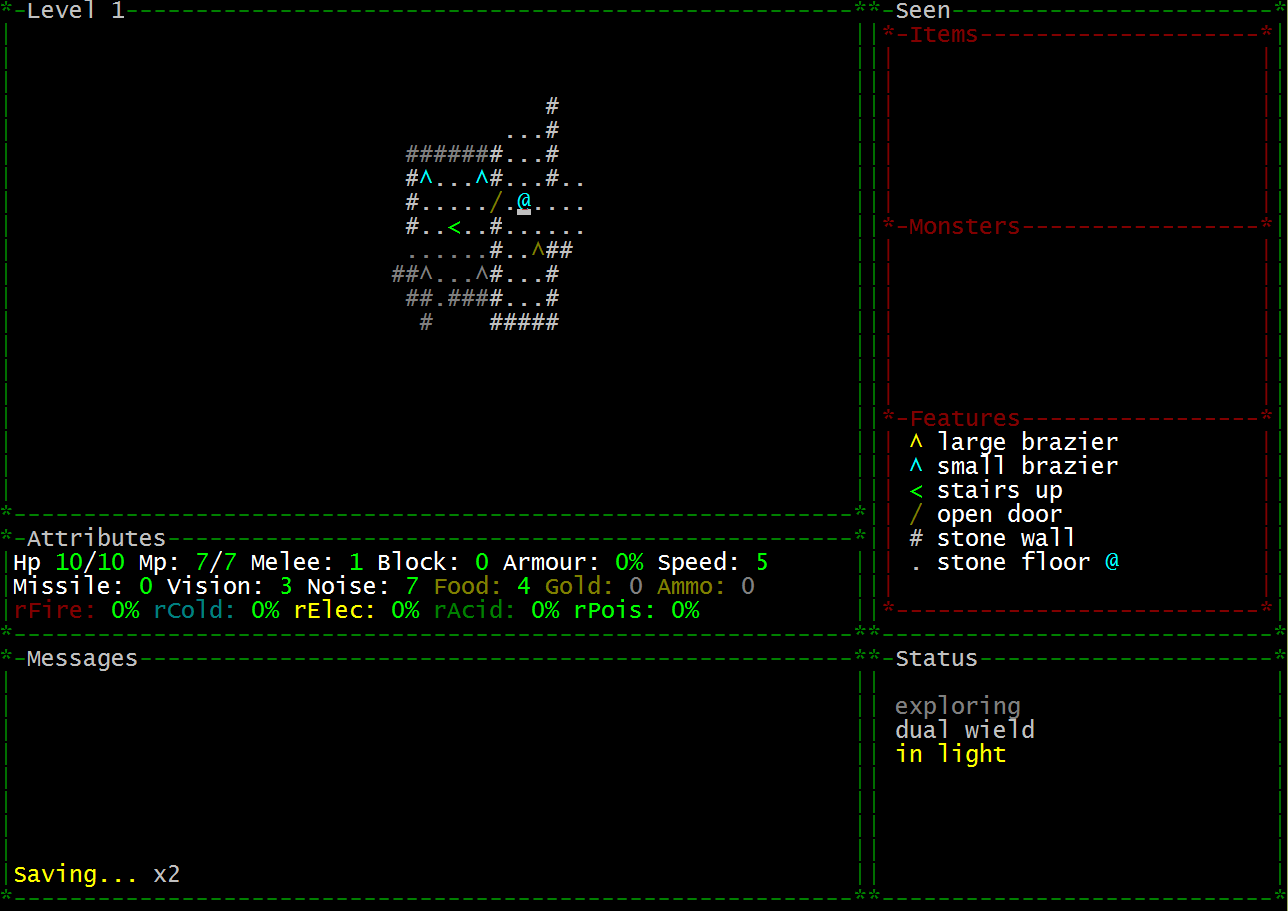 Small and large braziers lighting up the dungeon around you. Standing near a brazier gives the “in light” status.

In the last post I will write about a new mechanic that will be possible through the new light and noise system: surprise attacks!