This is just a quick post about miscellaneous news in v2.1 which is to be released in early November.

v2.1 will have a new contextual, player only status. Whenever you are adjacent to more than one monster you are flanked. When you are flanked you are attacked from more than one direction and consequently have a harder time to block. For each monster extra you get a -2 penalty to your block attribute. It was a bad idea to get surrounded even before, it will be an even worse idea now. 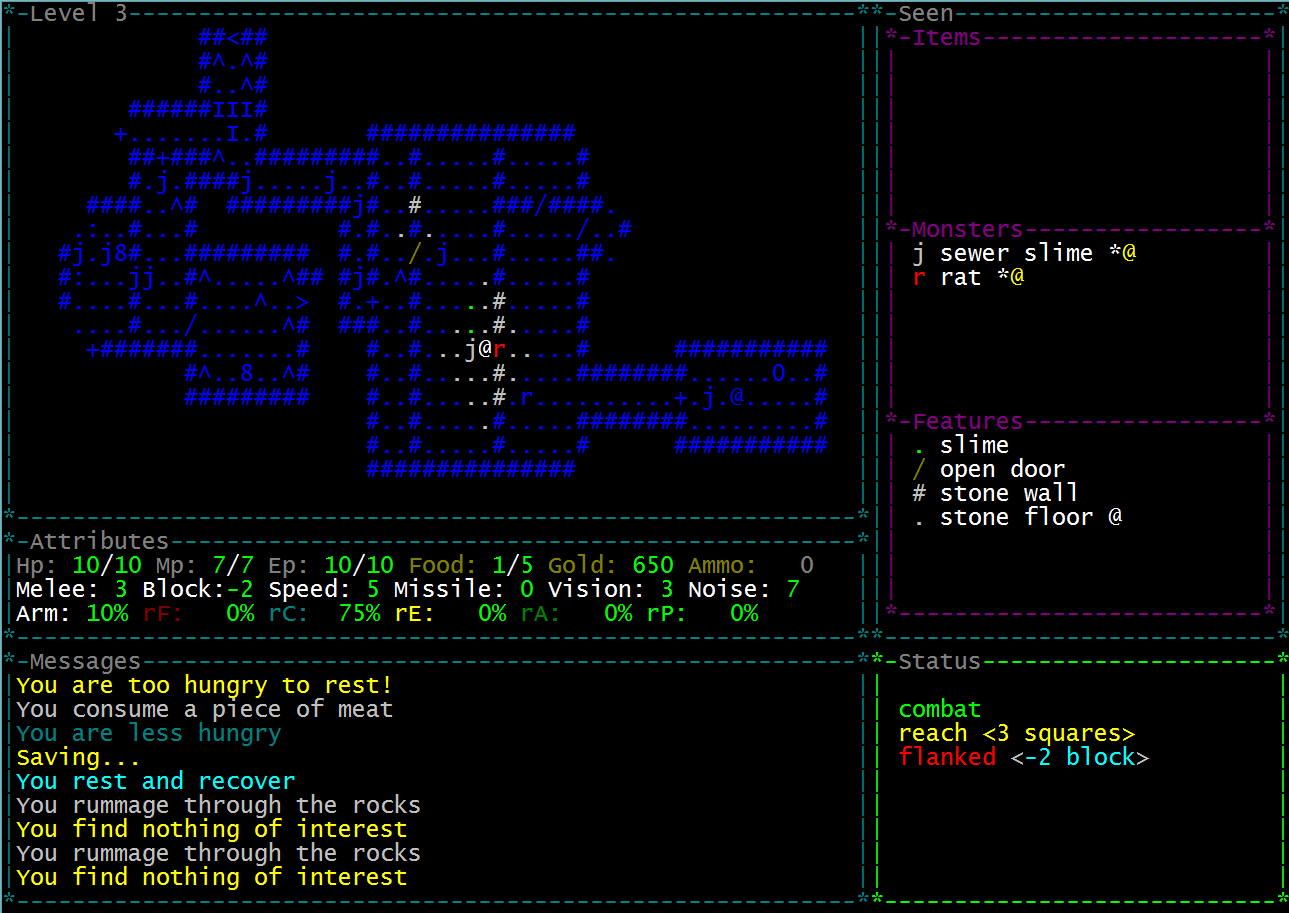 Being attacked from two sides means a -2 penalty to block.

The item Window is larger and has a better layout.

The item Window is now larger and better looking. I’llt definitely fit everything that needs to be seen now, with the very small drawback that it covers the status-window. In addition, it will show a reason why you cannot use an item if you cannot.

The game always had the flaw that you cannot wait on stairs (pressing space makes you walk them). In v2.1 stairs are instead bumpable like in Brogue. This means that the placement of stairs is a little bit different. Stairs are typically found in walls instead of in the middle of rooms. Over all it doesn’t change gameplay too much, but it changes the look and feel a bit.

On the same note, you will be able to bump-close doors on braziers and statues as well, not only walls. This should make closing doors much easier.

Swapping places with an unconscious or incapacitated monster will cost 1 Ep. This means that you are discouraged from moving unconscious monsters around in this fashion, but it also makes it more important where you fight. Knocking a monster out in a corridor is a bad idea…

Note that this together with flanking introduces some interesting trade-offs: It is not desirable to fight unarmed in a corridor because you might have to push monsters, but at the same time fighting in an open space increases the risk of being flanked.

However, since many early game monsters are now frail, these mechanics don’t add to the overall difficulty of the game.