On this page you can find some fanart that has been made by various players, sorted by version and artist. 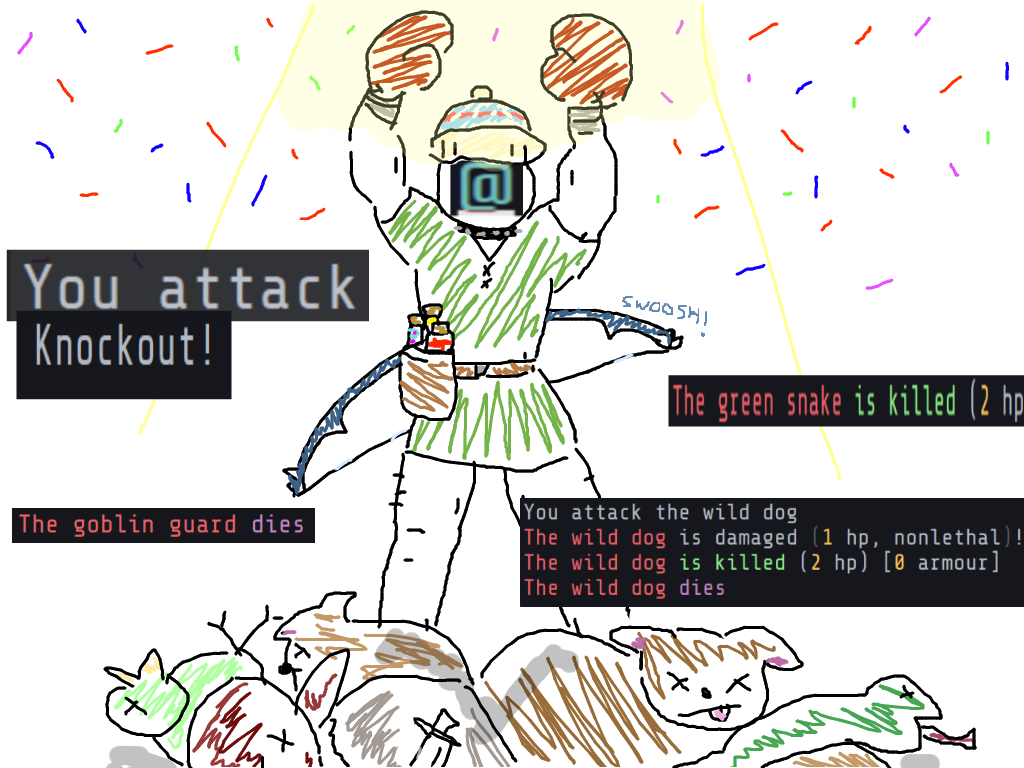 Victory of the underground 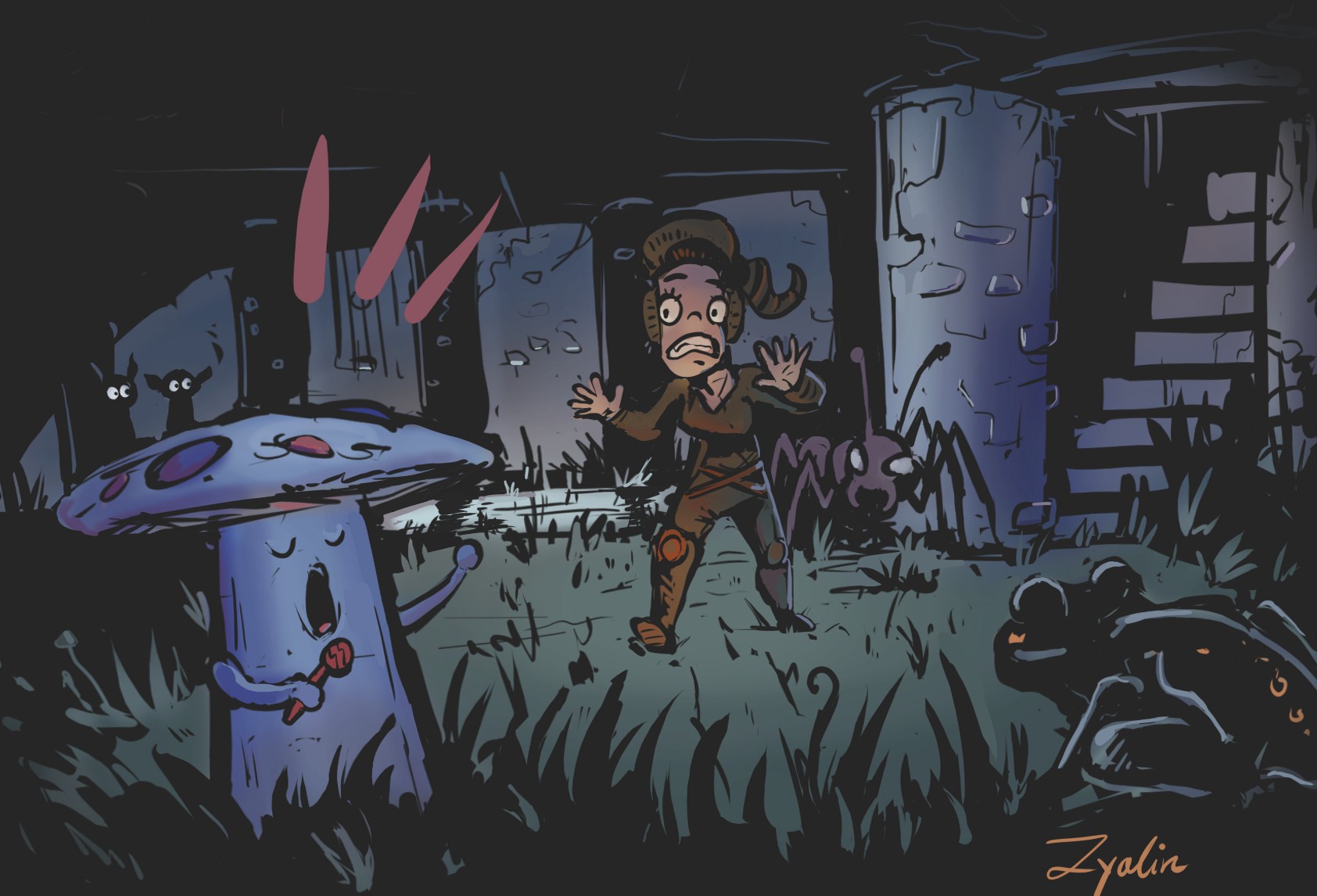 Encountering a shrieking mushroom, two goblins, a toad and an ant in the underground. 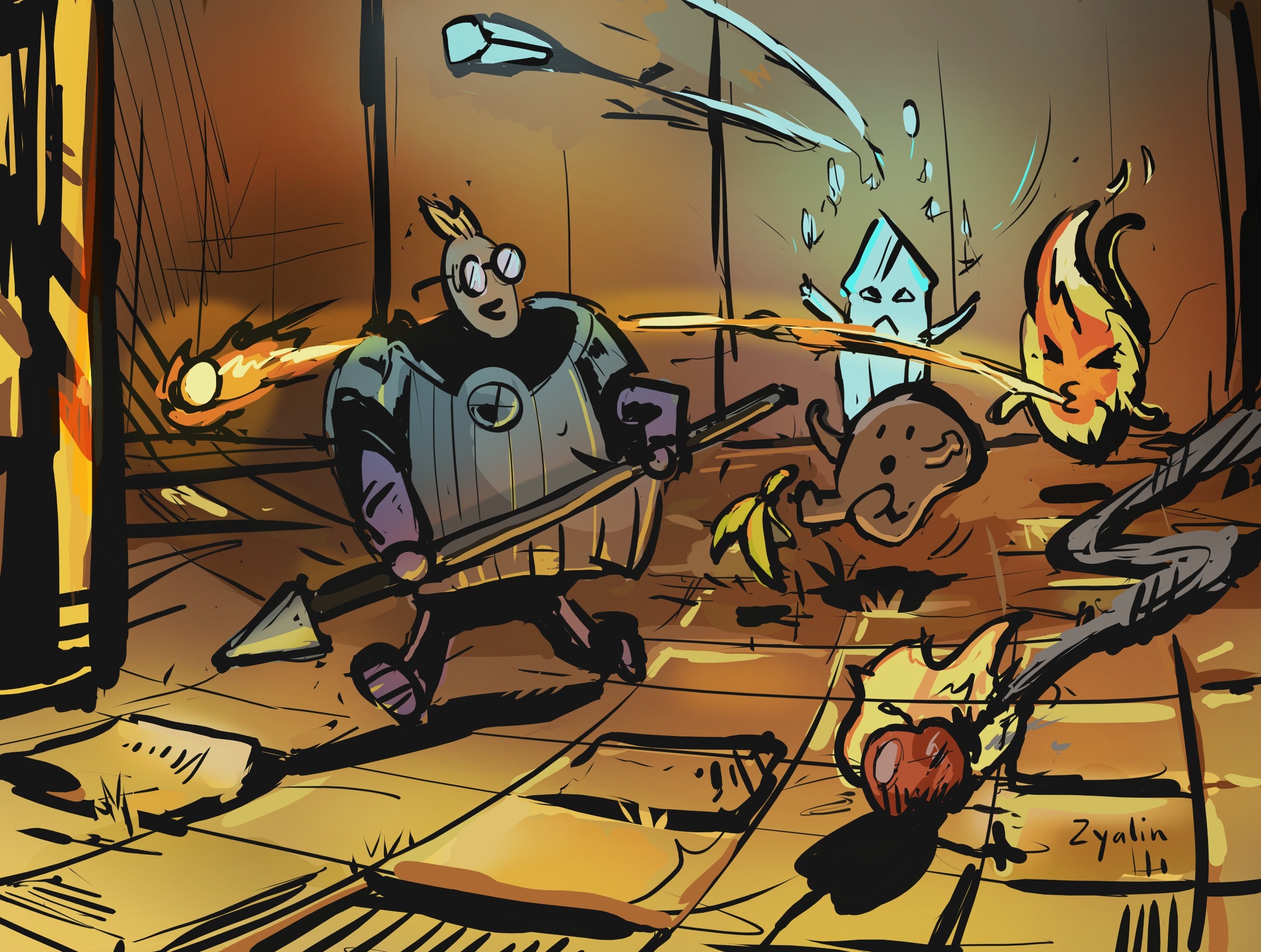 Flames from a fire elemental grilling an apple, an earth elemental slipping on a banana peel in the laboratory.

You can find more of Zyalin’s art here. 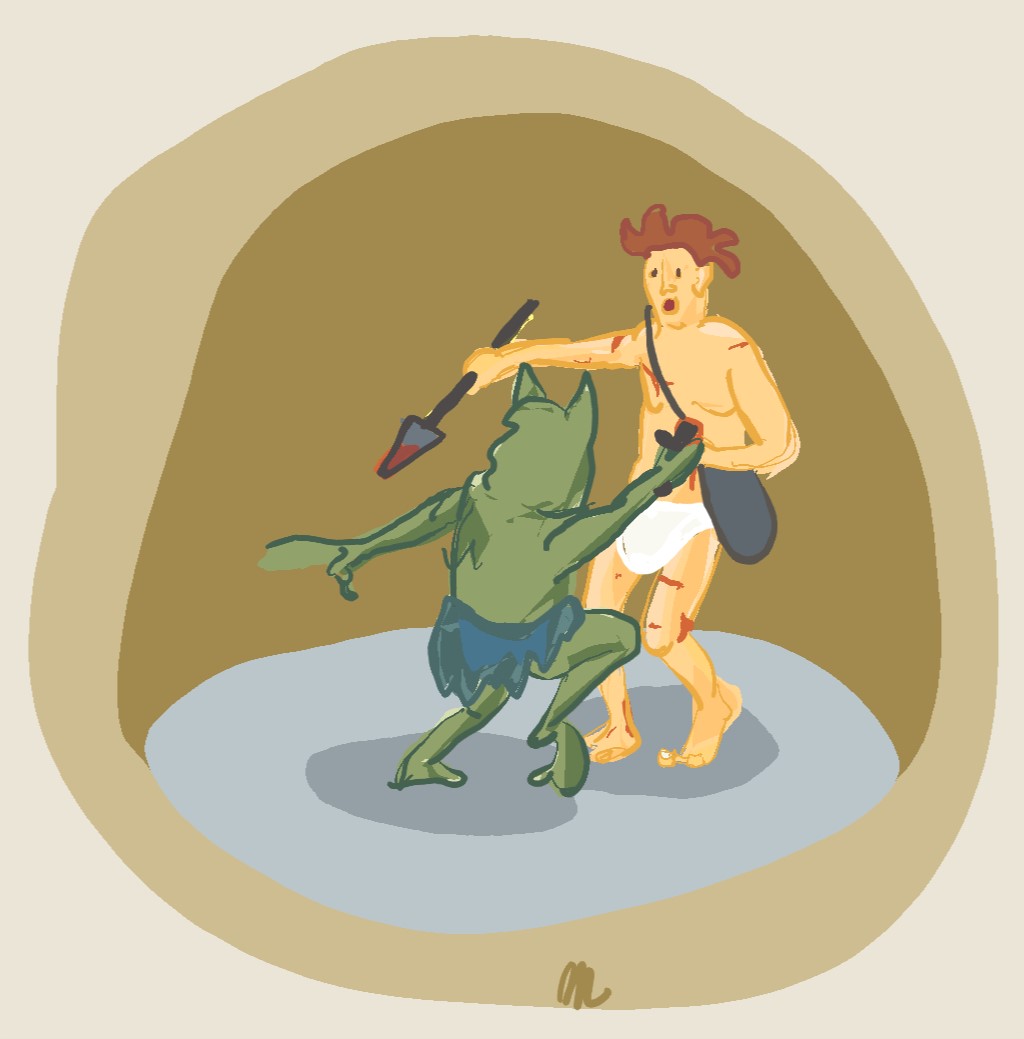 Killed by a group of goblins, fighting only with a wooden spear. 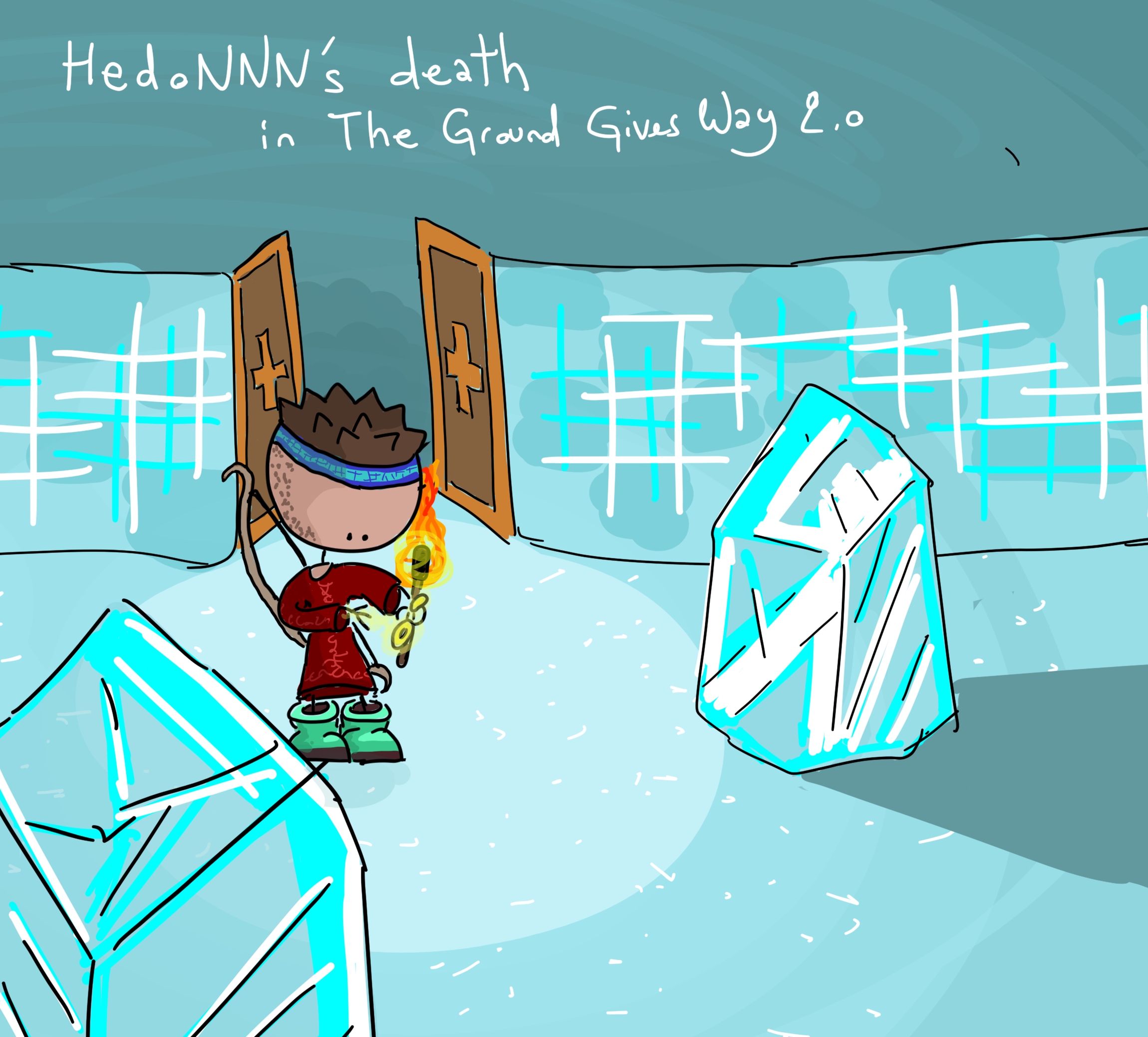 This is depicting a character dying to a bug in v2.0 where you could die from unequipping a ring of health.

This death can be seen in this video. 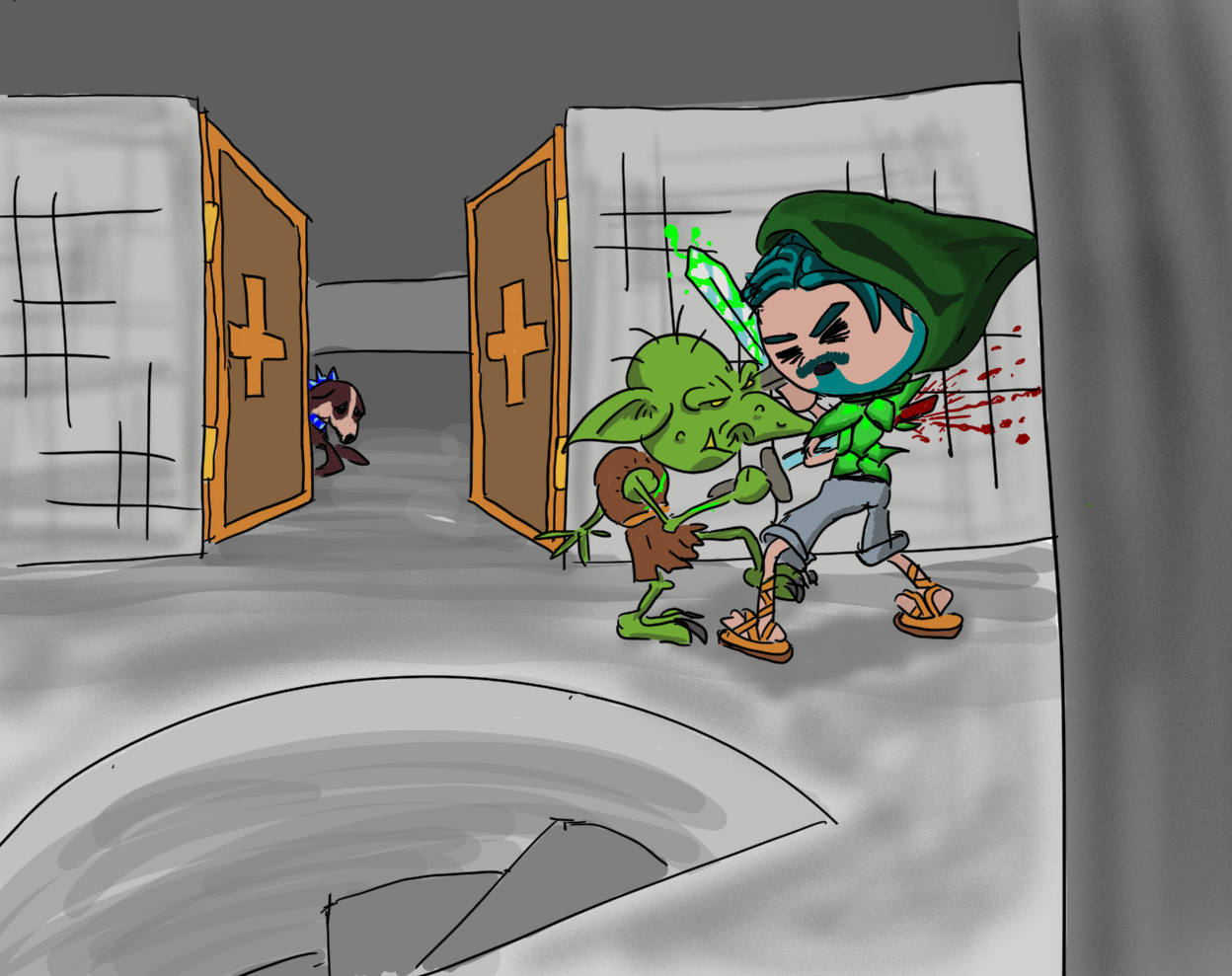 Bayus was killed by a goblin and his scared guard dog.

You can watch the game here.