With the new release coming there are so many changes that huge parts of the tutorial needed to be rewritten. I have taken this opportunity to completely rewrite the tutorial system since the current one has a few problems:

You will now instead choose to play the tutorial from the main menu (no longer will you be asked about it when starting a new game!). Playing the tutorial does not occupy a game-slot and cannot be saved.

Instead of having one 11-level tutorial, it now consists of a menu where you can choose which part of the tutorial you want to play. The menu will show which parts have already been completed. 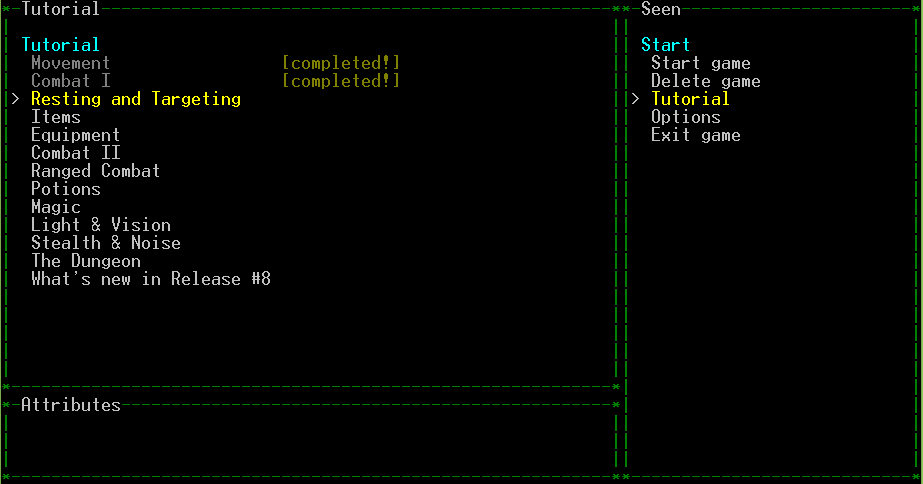 Each part of the tutorial is now one level only and can be replayed in any order and how many times you wish. Which levels are completed are saved in the options file.

On top of this (which you won’t be able to notice) I have refactored the tutorial code heavily so it is now much easier for me to edit, add and modify tutorial maps (before it was more or less hard-coded).

There is also a new tutorial that explains the new features in each new release so you don’t have to play through all of them if you played the game before. I might also add things like tactics or training tutorials or even gaming campaigns. These changes have opened up a lot of new possibilities.